Suth'n. Sanga. Soulful. A native of Lafayette, LA, Erica’s talents have been showcased on projects such as Master P’s “504 Boys Goodfellas”, Xbox’s Project Gotham Racer, Sony Motion Picture soundtrack “You Got Served”, and Mattel’s Barbie commercials. She was featured in several SyFy films including “House of Bones” and “Quantum Apocalypse”.  As a recording artist, she worked with such acts as Tank, Jesse Powell, Jon B. and Shai to name a few.

She was a principal singer and gymnast in the Spiderman Rocks show at Universal Studios in California. On the theatrical stage, Erica appeared in The Buddy Holly Story at The Lawrence Welk Resort and toured along with Motown greats Kim Weston and Pat Hodges in Smokey Robinson and Mickey Stevenson’s hit musical, “Sang Sista Sang.” She excited many at the Rock & Roll Hall of Fame with Motown’s legendary Funk Brothers.

Born in the heart of Acadiana, the spicy culture and music of her hometown carried her throughout her travels. She is deeply appreciative of her Southern heritage and deep Creole roots. This distinctive Bayou influence is infused in her style and is reminiscent of the Zydeco and blues she grew up listening to. Her music is a celebration of all things Southern and the unique people that make up the place she is so proud to call home.

Black Artists as Community Leaders - Acadiana Center of the Arts

Thanks to all in attendance for your incredible support of our local Creative Leaders, Leigha Porter, Bryant Benoit, Corey Stewart, Kelly Jackson and Erica Fox. The panel discussion was well-received and the insights shared by the panelists made for some great discussion. Thanks to ACA and Jaik Faulk for hosting the event and for continuously taking a proactive stance to help elevate the works of diverse creative communities. 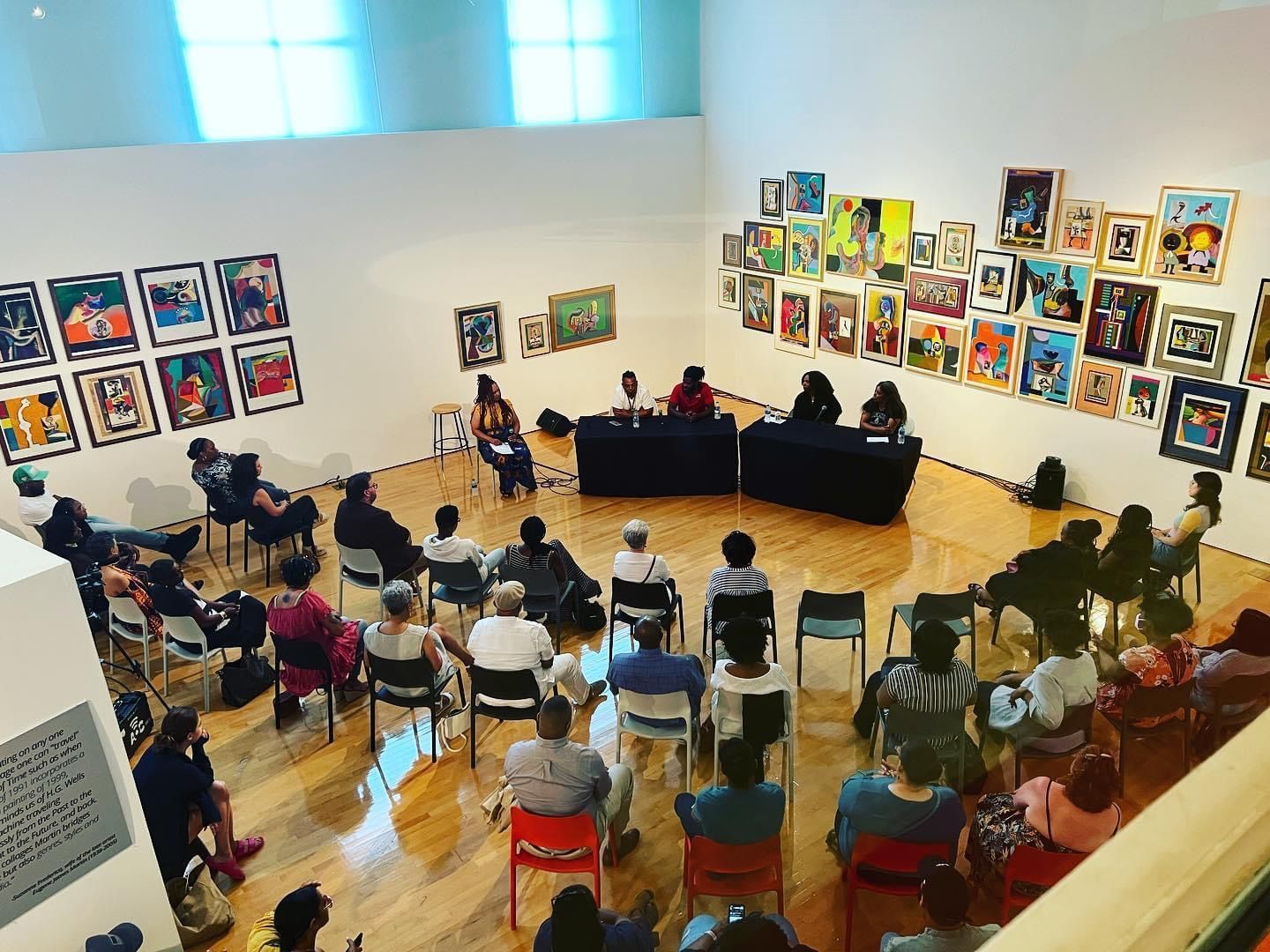 Thank you ArtSpark Grant - Acadiana Center for the Arts!

Griot! Sister to Sister Project was amazing! Thank you to Acadiana Center for the Art's  ArtSpark grant for making it possible. Pictures and recorded music from these amazing young girls coming soon! https://www.youtube.com/watch?v=wWRgdpzgHc0 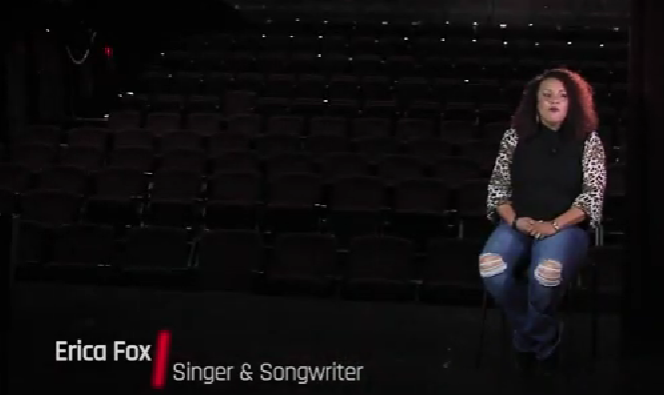 Out to Lunch Acadiana 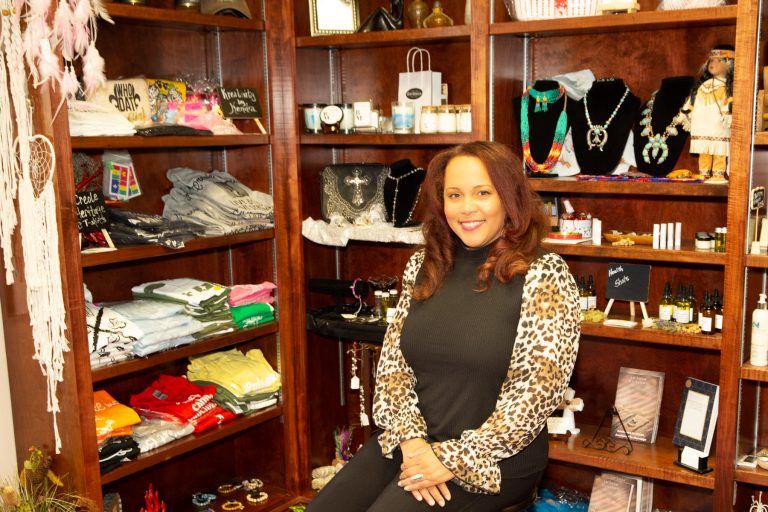 1/11/22 I’m this week’s guest on @itsacadiana biz show Out to Lunch Acadiana, live from @tulatacos   Listen & check out the pix here:

Lafayette R&B artist Erica Fox hopes to give girls and women the tools to express themselves through song in an upcoming workshop at the McComb-Veazey Community House. 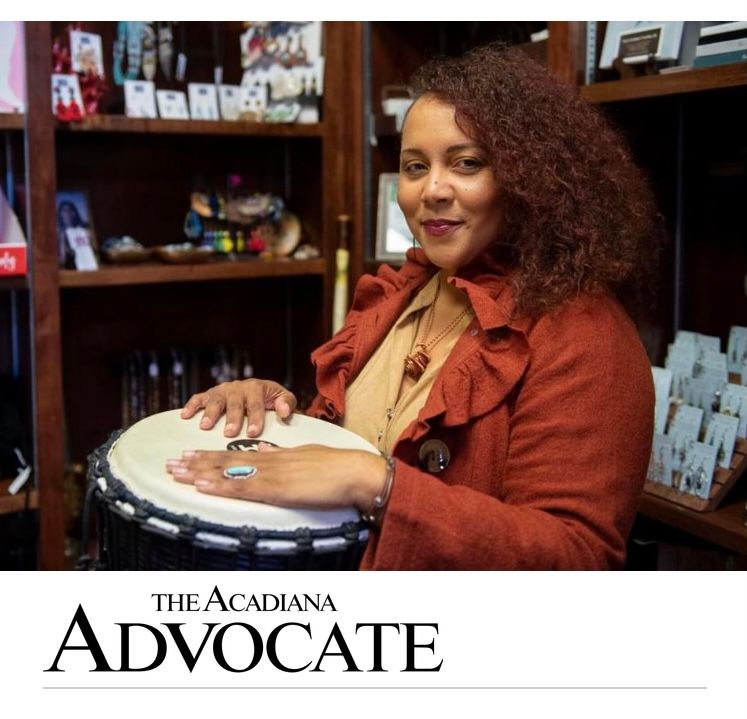 For your Consideration: Grammy nod for Best R&B Song "I Still Love You"

I am humbled and honored to have a song be considered for a Grammy nomination in the Category of Best R&B Song. My visual album project, "This is 2020" was released October 24, 2020 and chronicled my personal perspective on the year that changed the world. My song, "I Still Love You" written and performed with my friend and "bigger than life" talent, Timothy Bloom was included on the album as a tribute to my parents who were married for 47 years when my father died unexpectedly in his sleep in 2020. The song is a reminder that love forever remains and knows no bounds. I have loved songwriting since being a small child; recording songs I created on cassette players, mimicking singers I looked up to and dreaming of "becoming a singer" some day. As well, I sat faithfully in front of the tv to watch the Grammy awards for decades imagining hearing my name being called. This recognition is a sweet reminder that anything is possible. I thank God for always showing me life is full of surprises, so enjoy the ride. Out of darkness, can come light!!! To music...I Still Love You very much!! 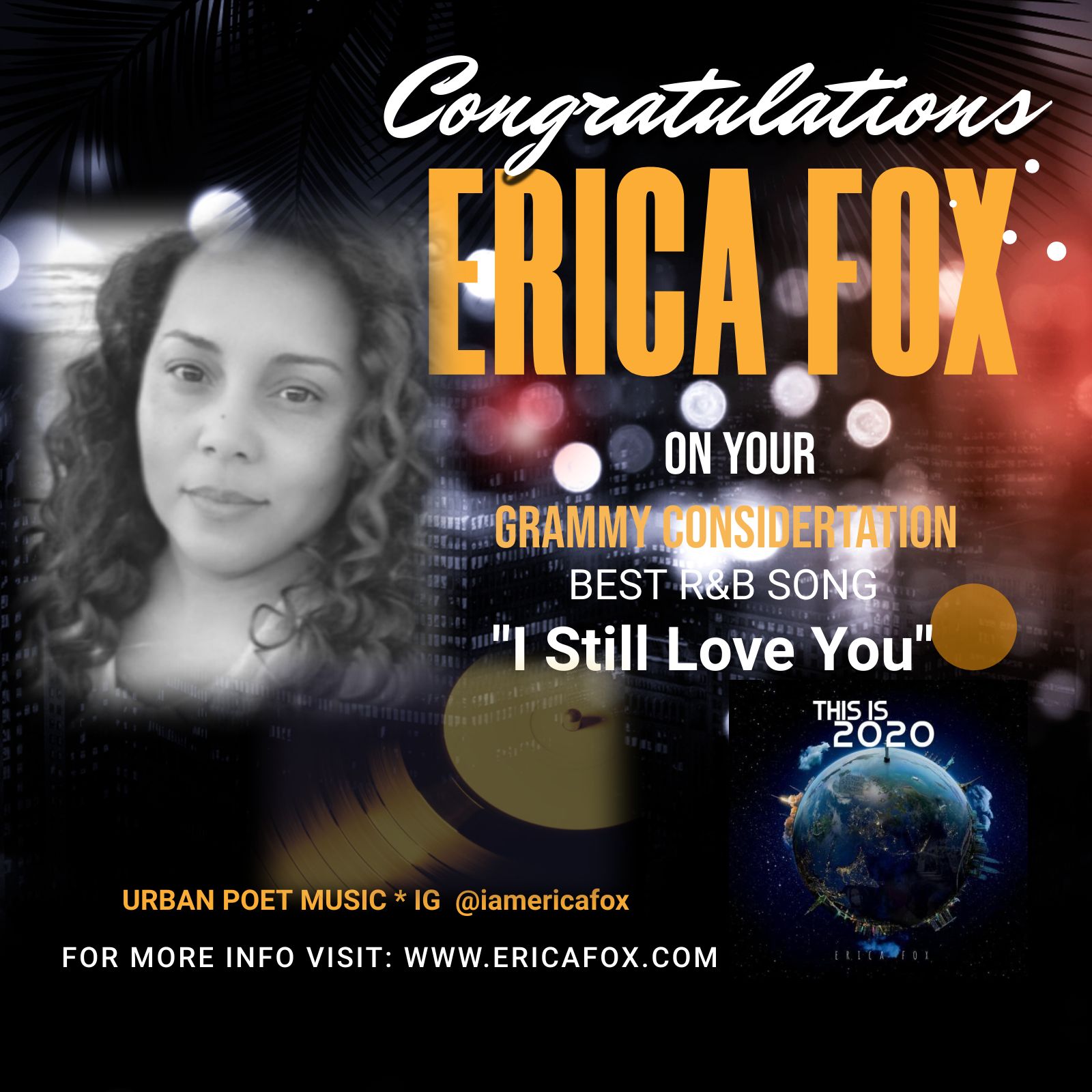 WE'RE IN BUSINESS!! CREATIVITY IS EVERYWHERE!

One thing Louisiana has no shortage of, and that is talent! In every medium from art, cuisine, writing, craft makers or music. The list is endless. Being a singer, I have found a new 'band," if you will and an exciting way to make music with others in various creative spaces. I am honored to collaborate with these amazing people as we have opened a new maker space, Attakapas Collective Outpost. Our cultural co-op highlights artistic individuals and emerging entrepreneurs from Louisiana. We are an artisan led enterprise using our passions to create a positive community. There are books, food, jewelry, art and so much more showcased in our store. So yes, I am still making music but for now it has a slightly different timber!! Check us out at 100 E Vermilion St Suite 170, located on the Atakapas-Ishak Trail. 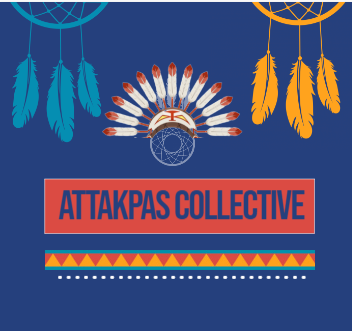 Excited to share a loving and fun story from my childhood as part of Lafayette's Storytellers Project. Link to register and watch this virtual show:  https://events.storytellersproject.com/events/2021-lafayette-storytellers-project-growing-up/ 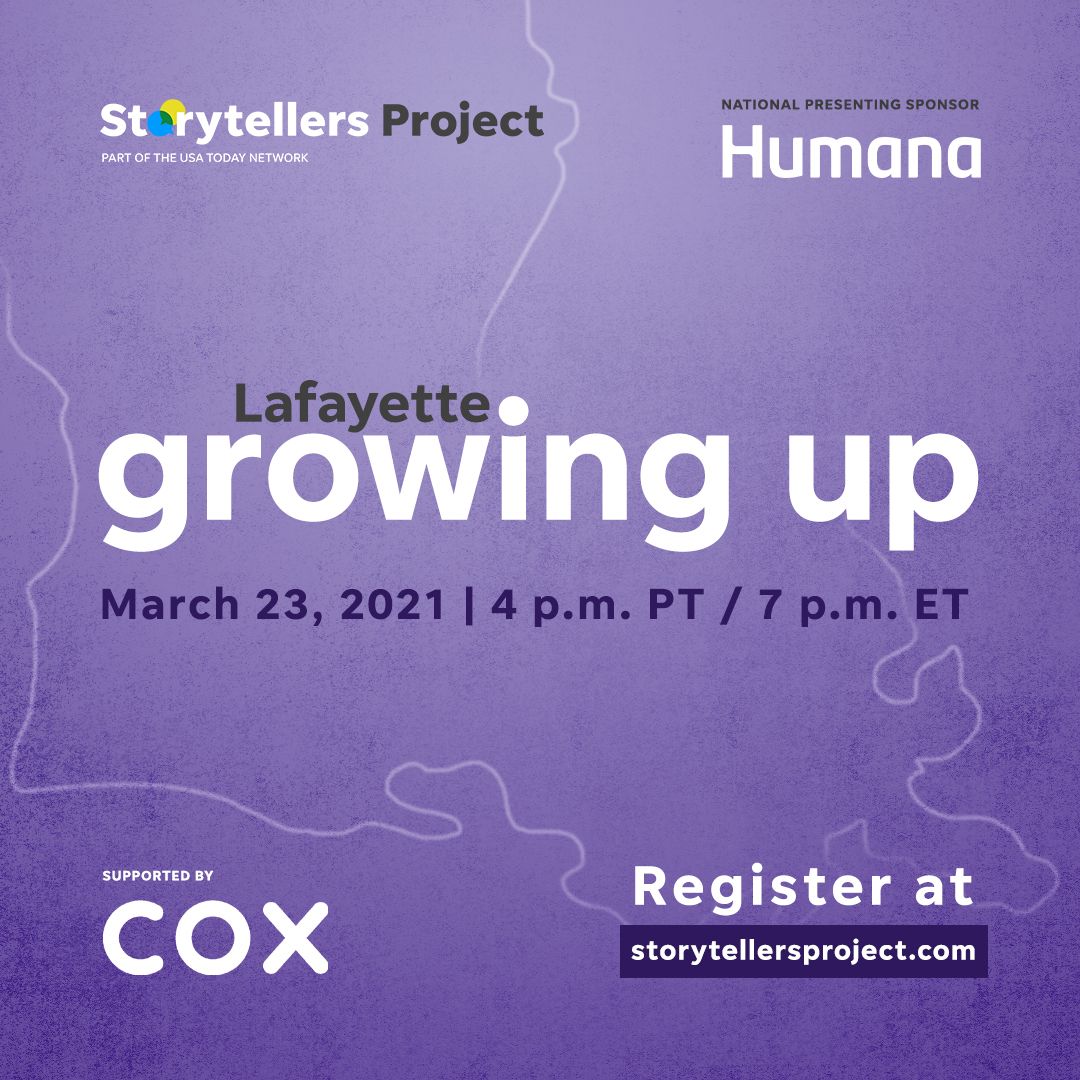 This is 2020 Visual Concept Album 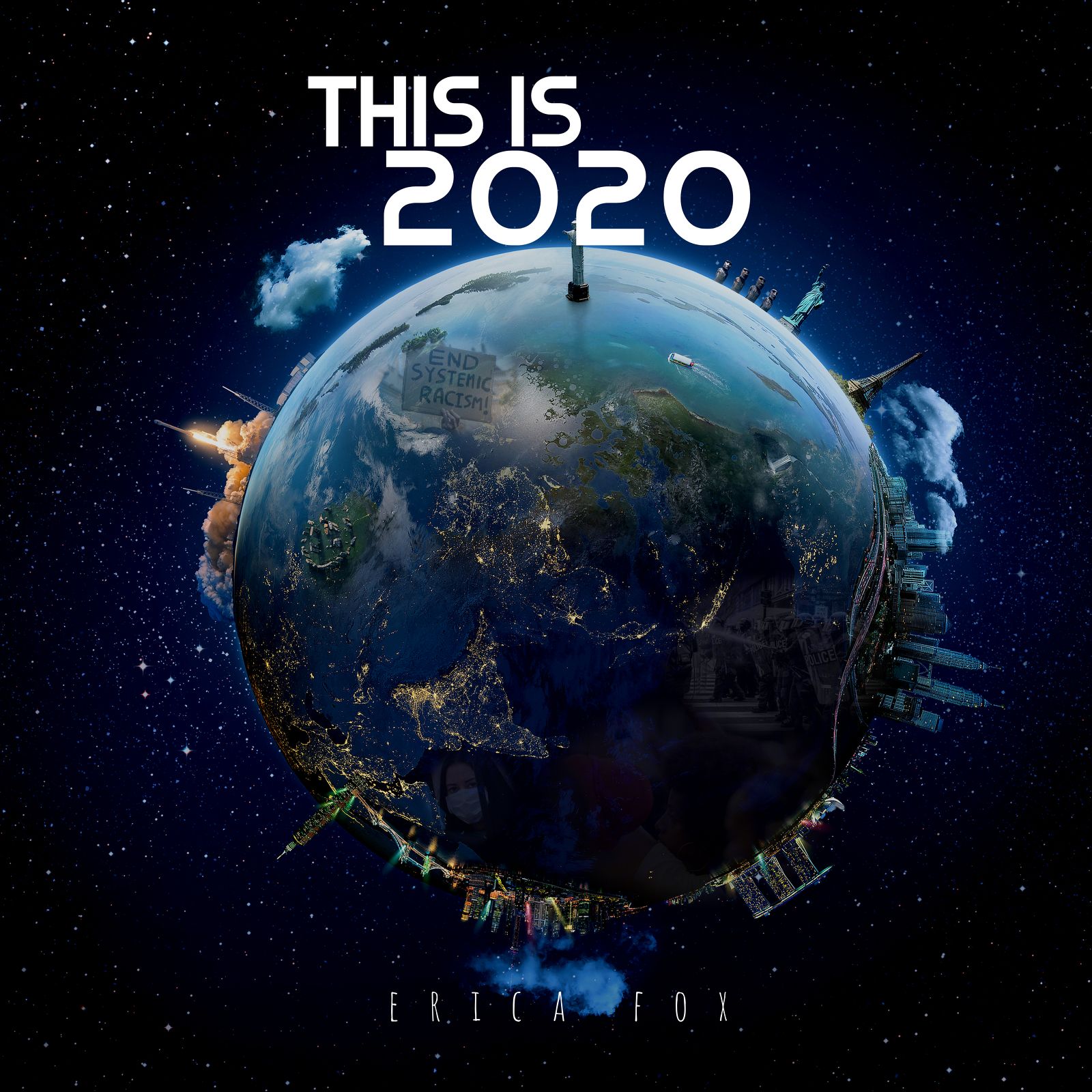 This is 2020 Visual Concept Album out now! My Vision, My Words, put to film! Check it out!

I Believe We Can Make A Difference - 2020 Teaser Video

Every Monday night at 20:20PM, I will air a part of my visual album "This is 2020" until the official premier of the Visual Album on November 20th. "Tired" aired on November 6th as the first teaser in the series of videos which speaks to the feeling of loneliness and depression which has become a symptom of the effects of this year. It speaks to those who are tired of so much we've faced in 2020 and echoes the cries of many. It is a healing song that reassures people that these feelings are a shared emotion.